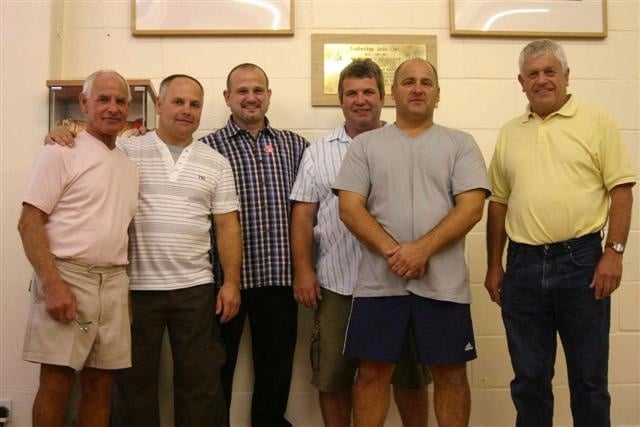 Fifty years of top class judo were celebrated by past and present members of Tonbridge Judo Club on Sunday 9th September 2007 when coaches, members and their families marked the club’s 50th anniversary with a special party at the training hall in Swanmead.

At the same time there was a surprise birthday celebration for club chairman and chief coach Chris Bowles, also 50, who unveiled a commemorative plaque to mark half a century since the club was founded.

Bowles, a past European champion and Olympian, paid tribute to his former coach and club stalwart Dick Marcroft , 69, who has coached at Tonbridge since 1961, and senior coach Jon Pulley, with the club for more than 30 years. He thanked them for their dedication over the years and made both men honorary life members.

Despite not starting judo until the age of 23, Marcroft gained his black belt in six years and went on to become a coach at Tonbridge and Southern Area chief coach. During the 1970s he produced four international players including Bowles and three members of his own family – his sons, Andrew and Jeremy, and his nephew Martin Marcroft.

Andrew and Martin were both members of the British judo squad for 16-18 year olds and Jeremy won gold in the national team championships and the British Closed Championships in 1979.  The trio were all considered to have Olympic potential by judo legend Brian Jacks who was one of their regular coaches.

Thanks to Dick Marcroft’s unstinting efforts during the 1970s Tonbridge Judo Club was to gain a reputation as one of the country’s top clubs and a breeding ground for champions.  It was a far cry from its humble beginnings in the 1950s when it was started, at the Spotted Dog pub in Penshurst, by two local policeman and judo enthusiasts Dan Crooks and Brian Easton.

Marcroft joined the club when it relocated to the gymnasium at Tonbridge School and became a coach when he gained his black belt.

In the late sixties the club moved to Bank Street in Tonbridge where it became a member of the British Judo Association and affiliated to the prestigious Budokwai judo club in London. Despite having problems finding a permanent base these were some of the club’s finest years with members, especially Bowles and the “battling Marcrofts”, excelling at competitions around the country.

After a spell in a hut behind the George and Dragon pub in Tonbridge by 1974 the club was based at the Byng Hall in Tunbridge Wells. Efforts began to raise funds for a dedicated dojo (training hall) at the Swanmead site in Tonbridge on land donated by Tonbridge & Malling District Council.

This was finally achieved in 1977 and the Swanmead dojo was built by supporters who had raised £16,000. Bowles by this time was training predominantly in London and went on to achieve glory in Berlin as the under 21 European Champion in 1979 and British Open Champion in 1980, ultimately representing Britain at the 1980 Moscow Olympics.

The late 1980s and 1990s saw a quieter period for the club when the number of members declined, as did the enthusiasm for competitions.  But by 2001 Tonbridge Judo Club was back on its feet following a £12,000 refit of the Swanmead sports hall.

Bowles returned as chief coach in 2002 and, assisted by Marcroft and Pulley, plus recent addition Colin Eldridge, a World Class Start Programme Coach, is producing a new crop of potential champions once again. The Marcroft brothers still make regular appearances at training sessions.

As part of its 50th anniversary celebrations, Tonbridge Judo Club held a BJA two star competition on the 27 October 2007 at the Angel Leisure Centre in Tonbridge for orange belts and under. 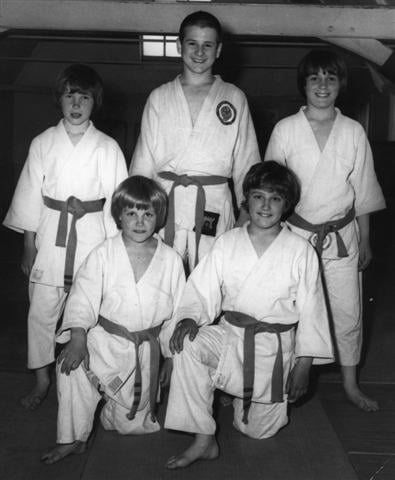